The Vietnam War began on 1 November 1955 and ended on 30 April 1975. America was defeated in this war. Most of the battles between the US and Vietnam soldiers took place in the jungles. In this war lasting 20 years, the soldiers of both the countries also saw mysterious incidents. All those mysterious incidents were written in many books. But an incident in those forests was very mysterious. A former American commander brought about the incident to people without disclosing his name. The former US commander was involved in the Battle of Vietnam at the time. 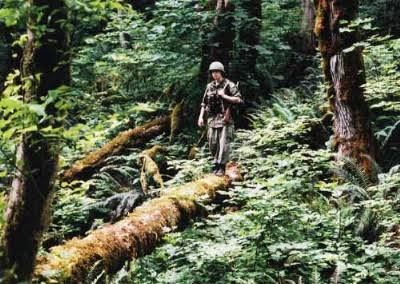 The commander told, 'This incident happened in the year 1970 with us about 40 kilometers from the deep forests of South Vietnam. That area was DMZ (demilitarized zone). The DMZ was the area where American soldiers drove out the Vietnam soldier and occupied that place. I was patrolling that area with 20 of my soldiers. I was the commander of that patrolling team. Our backup team was in the camp who were ready to help us when needed.' 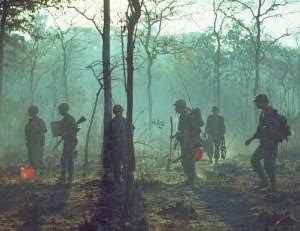 The Former commander told,' At night, we were searching for the camp of Vietnam soldiers. After walking some distance, we heard some movement in the front. We were alerted and hid in the nearby bushes. We felt that this could be the company of Vietnam soldiers. After about 10 minutes, that movement stopped. We started walking towards the place from where we were experiencing a stir. We saw that there is a cave a short distance from us. We felt that Vietnam soldiers are in this cave. When we reached the cave, there was a foul smell. We heard the sound of someone coming out of the cave. We quickly went about 60 meters away and hid in the bushes and took our positions.'


The  Former US commander told,' After a while we saw a mysterious man come out of the cave. His height was about 7 feet. His body was like a Python. In a short time another mysterious person like him came out of the cave. Seeing both of them, we started shooting at them. After a while when the firing stopped there was no one there.We thought that both of them must have hidden in this cave. We destroyed the cave with a blast of detonators. After this we came back to our camp. We were not able to believe this incident. But it was true.


The commander further states that even today I do not forget this incident. After all, who were those mysterious people? Are those people killed by our bomb or not? Or are those people alive today?