US President Donald Trump spoke of helping Pakistan on the Kashmir issue.

Davos, Switzerland- US President Donald Trump and Prime Minister of Pakistan Imran Khan met during the World Economic Forum in Davos. The meeting turned out to be very good for Pakistan when the US President assured Pakistan to resolve the Kashmir issue.


This statement of US President has raised positive expectation on Kashmir issue in Pakistan's Imran government. Pakistan's lost hopes are once again revived by the US President. 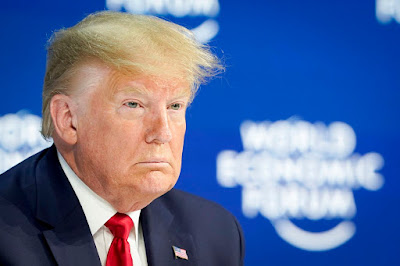 Trump said, "We are talking about Kashmir. We are also keeping an eye on what is going on about India-Pakistan. If we can help on the Kashmir issue, we will definitely help."


Imran Khan further said, "Kashmir is a big issue and we always hope that America will play its role in resolving this issue, because no other country can do it."


The Government of India considers Jammu and Kashmir its internal matter. On 5 august 2019, Government of India removed Section 370 from Jammu Kashmir caused much controversy in Pakistan and India. Pakistan had sought help from many friendly countries on this issue but no country other than China supported Pakistan.
The United States has been talking of resolving this issue many times but has not done anything yet.