Production of Boeing's 737 MAX airliner will be temporarily halted in January 2020.

Published December 17, 2019
Tags
Top Issues
The aircraft manufacturer has said to temporarily halted production of Boeing 737 MAX airliner in January, New Year. Since this news, Boeing's share price has fallen by 4%.
Boeing's 737 MAX aircraft came under discussion when two 737 MAX aircraft crashed in Indonesia (October 2018) and Ethiopia (March 2019), killing more than 300 people. A thorough investigation into these accidents revealed that there were some flaws in the automatic control system of these aircraft, which led to the accident.

The aircraft manufacturer stated, "Bringing the 737 Max back into service is our top priority. We know that the 737 Max's return to service, and to set appropriate training requirements, is exceptionally thorough and robust. To ensure that our regulators, customers and the flying public have confidence in the 737 MAX update. "


Boeing, based in Seattle, Washington is one of the largest exporters in the United States. The company said in a statement that it would not lay off workers associated with the 737 Max, and the halt is likely to affect suppliers and the broader economy.


A congressional hearing last week stated that US aviation regulators had found out after the first crash in Indonesia in October 2018 that there could be a risk of further similar accidents. The Federal Aviation Authority suggested that if its design did not change, more than a dozen accidents could occur over the lifetime of the aircraft. Nevertheless, the 737 Max was not grounded until after the second accident in Ethiopia in March 2019.


Boeing hoped that its 787 MAX would be ready to return to the sky by the end of this year. But US regulators made it clear that the planes would not be certified to return to the sky early.
Boeing is currently working on the automated control system. Because the automatic control system in this aircraft is considered the primary cause of the crash. 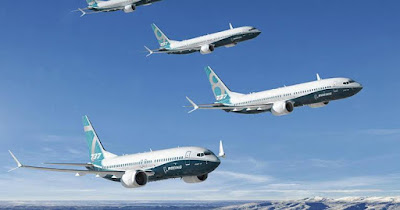 Boeing is redesigning the automated control system. And soon this aircraft will be ready to serve in the sky again.
The Boeing 737 Max has been added to its fleet by large airlines serving airlines worldwide.