Published December 15, 2019
Tags
Film and TV
Jaipur, Rajasthan, India: Every comment of Bollywood actress Payal Rohatgi becomes news. Sometimes Payal Rohatgi is spoken a lot which creates controversy. Now the news is that she has been arrested by Rajasthan Police. Payal has been arrested for making objectionable remarks against former Prime Minister Jawaharlal Nehru and his father Motilal Nehru.
In fact, on September 21, Payal had made controversial statements about Pandit Motilal Nehru in a video. After the video went viral on social media, a Congress worker from Bundi in Rajasthan filed a case against him on 10 October. The police had registered an FIR in the case, including the IT Act, among other sections. 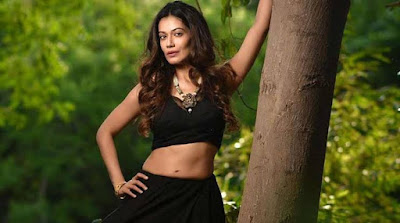 Payal Rohatgi was arrested from Ahmedabad in Gujarat on Sunday. The anticipatory bail petition will be heard on Monday.


Payal's relationship with controversies is very old, let's look at some of her controversial statements.

Deliveries of food ordered from Zomato's Delivery Boy were not taken because he was a Muslim. This incident then made a lot of headlines. Payal Rohatgi also gave his opinion in this matter. He favored a customer who did not take delivery.

Payal had tweeted about Section 370, saying that if Section 370 is not removed, then Kashmiri Muslims should be expelled from Kashmir.

Actually Payal Rohatgi tweeted about the caste of Chhatrapati Shivaji Maharaj. Payal was heavily criticised after this. Payal then deleted her tweet.

We all know that Raja Rammohan Roy had contributed a lot in ending the bad social thinking like Sati system.

Payal Rohatgi said that Raja Rammohan Roy and the British had done the work of defaming the practice of Sati.