Home Somewhat Different Ahmad Shah Abdali, great for the Afghans and ferocious invader for the Indians.

Ahmad Shah Abdali, great for the Afghans and ferocious invader for the Indians.


Since then Ahmed Shah Abdali and his clan came to be known as Durrani. Abdali is a very powerful tribe of Pashtuns and Afghan people. Ahmad Shah belonged to this respected family. He achieved more than expected during his reign.
Nobody was expecting that Ahmed Shah would be such a successful king.

Ahmed Shah Abdali united all the Afghan tribes by ending their fight and laid the foundation for an Afghan country. Ahmad Shah conquered all the wars and established a vast empire. Historians call it the Durrani kingdom. The vast empire of Ahmed Shah Abdali ranged from Iran in the west to the border of India in the east.


Ahmad Shah Abdali's reign extended from the shores of Amu Dariya of Central Asia in the north to the coast of the Indian Ocean in the south. It is said that the emperor of Ahmed Shah Abdali was spread over two million square kilometers. And this was also true.


Ahmed Shah Abdali gave the people of his country a new identity and an independent country. Today, the world knows Abdali's established country as Afghanistan. Although the glow of Afghanistan of the old era has disappeared, but the borders are the same.


"Ahmad Shah Baba was the greatest Afghan," says Abdul Bari Jahani, a famous poet of Pashto Zaban and former Minister of Culture and Information in the Afghan government.
Abdul Bari says, "In the five-thousand-year long history of Afghanistan, we do not find a powerful, famous and popular ruler like Ahmed Shah Baba."


Ferocious invader for the Indians

This is not the first time in history that a person is great for one side, and a tragedy for the other side. The same is the case with Ahmed Shah Abdali. Abdali is like a hero to the Afghans, while there is a fierce attacker for the Indians.

Ahmed Shah Abdali fought many decisive wars both before and after becoming a king. But the battle fought in January 1761 at the Panipat ground near Delhi was the biggest battle of Ahmad Shah Abdali's life as a commander and king.

Maratha fighters expanded their empire rapidly. Abdali began to feel that the growing power of the Marathas was becoming a threat to his state of India as well as the Afghan provinces.
With the expansion of the Maratha Empire, Ahmad Shah Abdali felt threatened for his empire. 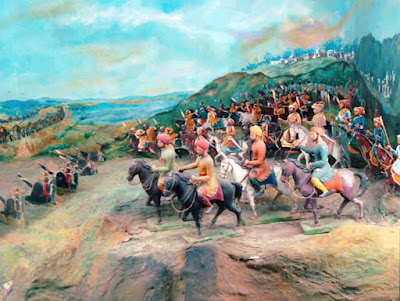 The provinces of northern India were part of Abdali's empire at that time, they were strategically important for Abdali's new Afghan empire. Common Afghan citizens believe that the third battle of Panipat became necessary for self-defense for Ahmed Shah Abdali.

For Abdali, the goal of this war was to remove a great threat to his empire so that he could protect his empire as well as his regional allies. Although the Afghan army won decisively in this battle, thousands of people of both the wars were killed in the war. 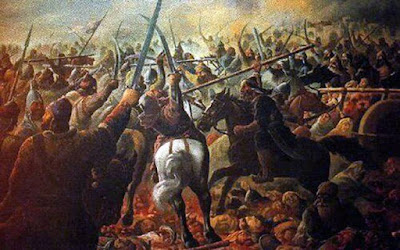