This is politics, Pakistan's friend Turkey is upset over India's Kashmir 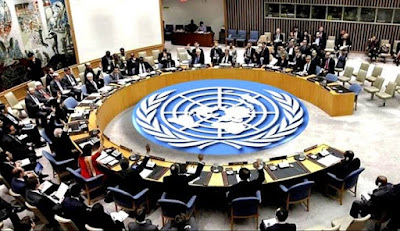 But by then Pakistan had captured some areas of Jammu and Kashmir. These areas are currently known as Azad Kashmir or Pakistan Occupied Kashmir. Since then, Kashmir has become an issue. Each time the issue was brought to the United Nations by Pakistan. Support was sought from the countries of the world on this issue. But there was no solution in the UN. Some countries supported Pakistan but could not resolve.

Now the new thing is that on 24 September Turkish President Recep Tayyip Erdogan has said that the Kashmir issue has not been resolved for the last 72 years. There are 80 lakh people in Kashmir in curfew. this is not right. India and Pakistan must resolve this issue.

Both countries have friendship

There are friendly relations between Pakistan and Turkey. Both countries are Sunni dominated by the Islamic world. Erdogan has always had good relations with Pakistan. In July 2016, when the military coup in Turkey against Erdogan failed, Pakistan came in favor of Erdogan.


The then Prime Minister of Pakistan Nawaz Sharif supported Erdogan. After this, Sharif also visited Turkey. Since then, the relations between Erdogan and Pakistan have further strengthened.

Since the year 2017, Turkey has invested one billion dollars in Pakistan. Turkey is working on several projects in Pakistan. It has also been providing metro-bus rapid transit system to Pakistan. Work is still going on for the proposed free trade agreement between the two countries.

Turkish Airlines has also expanded significantly in Pakistan. Istanbul has developed into a regional aviation hub. Most Pakistanis go through Turkey to countries in the West.

If a free trade agreement is reached, relations between Turkey and Pakistan will deepen. In recent years, tourists from the West and Europe have come down in Turkey, so Turkey wants to attract tourists from Islamic countries.