Home Top Issues Pakistani doctor Shakeel Afridi, a human being trapped between the US and Pakistan.

Pakistani doctor Shakeel Afridi, a human being trapped between the US and Pakistan.

Pakistani doctor Shakeel Afridi, a human being trapped between the US and Pakistan.

What is the fault 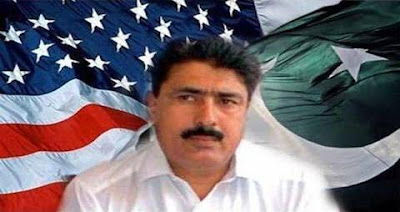 Doctor Shakeel Afridi's fault is that he had helped the US intelligence agency to find the world's most wanted terrorist, Osama bin Laden. US Navy commandos killed terrorist Osama bin Laden, living in a 3-story house in Abbottabad, Pakistan. The then President Barack Obama was watching the operation live.

The US intelligence agency devised a very good strategy to find Osama. Doctor Shakeel Afridi was also a part of this strategy. Doctor Shakeel's job was to send a team of doctors to that area and take a sample of the blood of the children.The blood sample was to be examined to find out if Osama's family was living here? This process was the investigation process DNA.

This was not the only way and Osama was being explored in many ways. But the American intelligence agency benefited immensely from Doctor Afridi's intent.
20 days after Osama was killed, Pakistan's police arrested Dr. Shakeel Afridi and charged him with treason.

The current US President had said that Dr. Shakeel Afridi has won our hearts by helping America. We will get him out of jail in 2 months. But the US President could not do it. Doctor Shakeel is still in jail.

Pakistan is calling him traitor. America is not helping Shakeel. While this doctor helped America in finding the world's most dangerous terrorist. Today the people of his country are calling him greedy and traitor.
Pakistan has proved that the home of terrorism is here.