There are many incidents in the pages of history that will take you to the era of dictatorship. One such dictatorial period was seen by this world in Uganda. In the year 1894, Uganda was declared a protected country by the British government.

Uganda became an independent country on 9 October 1962 after the border of nearby states was established in 1914. There were mutual riots in different ethnic groups of the country. In view of this terrible situation, Prime Minister Milton Obote established a new constitution and declared himself the President. But ethnic tensions continued to rise and the result was a coup in Uganda. After this coup, Idi Amin became the President of Uganda.

Childhood of a dictator 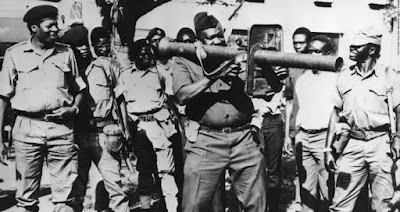 There are many opinions about the birth of Idi Amin. One opinion is that Edi Amin was born in Koboko, north west of Uganda. He is believed to be born between 1923 and 1925. Idi Amin's father was a farmer and a follower of Islam and his mother was from the Lugbara tribe.

According to another opinion, Amin's younger brother claims that his elder brother Edi Amin was born in Uganda's capital Kampala and his father used to work in police there. 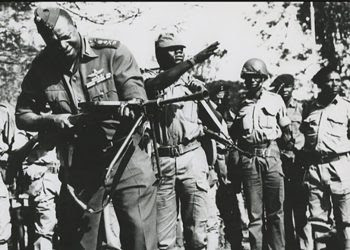 Idi Amin had been separated from the joint family environment since his birth. Amin's mother became a follower of the Kings of African Rifles and married another. Idi Amin was third among eight siblings. Idi Amin had received his primary education but he was good in sports. It is believed that at a very young age he converted to Islam.

A cruel dictator and human eater

This crazy man had done many operations for the army in his youth but the world saw his real face when he became the President of Uganda. As soon as the ruling, Idi Amin immediately hanged the soldiers and officers loyal to former President Obote. At the same time, 32 military officers were killed in a dynamite blast in Kampala jail. The number of soldiers who died in the first year of Amin's dictatorship was 9000. 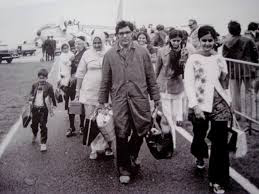 In 1972, Idi Amin made Uganda a country of hell. Idi Amin gave the Asians 90 days to leave Uganda. The dictator said that Asians could take their clothes and 50 pounds of money with them. Asians doing business in Uganda thought it better to save their lives and about 80,000 people decided to leave Uganda and return to Britain, Canada, the US and their country.

It is said that Idi Amin killed his enemies and ate their flesh. The dictator took the heart, kidney, liver and skull out of their dead bodies and kept them in the fridge. When hungry, he used to cook and eat them. Idi Amin had also said many times that the taste of human flesh was more salty than the flesh of leopard.

Idi Amin started the game of killing his rival tribes and Obote supporters in order to secure his dictatorship. 5 lakh people were killed in this violence. Those who died included the number of ordinary citizens, former and serving ministers, Chief Justice, Supreme Court judges, diplomats, academics, tribal leaders, business officers, journalists and foreigners. In many places, entire villages were destroyed and dead bodies were washed away in the Nile River. 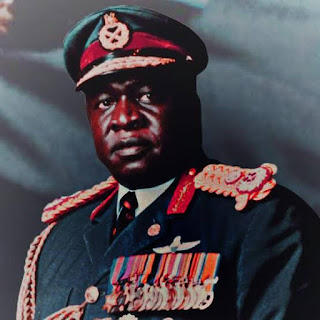 Then also came the day when this cruel man had to say goodbye to this world. Distressed by a kidney problem, Idi Amin breathed his last on 16 August 2003 at Riyadh Hospital in Saudi Arabia.