Published October 05, 2019
Tags
Somewhat Different
A traumatic incident took place in Khao Yai National Park, Thailand. At 3 pm local time, an elephant falls into the waterfall. Because of which 5 elephants also fell in the same waterfall to save that elephant.

It is a notorious water fall. It is called Haew Narok in the local language here. Haew Narok means Hell's Fall.This incident happened when elephants were passing near water falls.
Meanwhile, an elephant slipped and fell into a waterfall. Seeing his partner in trouble, some elephants tried to help the elephant, but those elephants also fell into the waterfall. 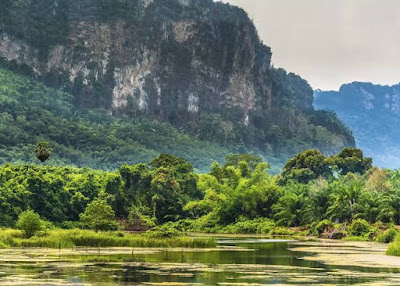 Thailand's Department of National Parks, Wildlife and Plant Conservation  As soon as the information about the incident reached the site. 6 elephants' dead bodies found in search operation.


Thailand is called the country of elephants. There are an estimated 8000 elephants in Thailand. This incident in Thailand is very painful for animal lovers.