This is madness of Pakistan

This will be called the madness of Pakistan because it is doing a trade war which will cause trouble to the people there. This is a situation in the game of football when a player scores a goal of his own team, something that Pakistan is doing.

Pakistan's Government, People and Army only sing one chord, and that chord is Kashmir. This matter was the most important issue for both the countries for 72 years, which has now been resolved by the Government of India. But Pakistan is very confused about this solution. Pakistan does not understand how Kashmir has become far out of reach.


Pakistan should think about its people and not about any state of India. There are many types of problems in India which the administration here deals with at its own level, rather than asking another country to help.

Everything Pakistan Prime Minister Imran Khan is saying is scripted. Imran Khan has to speak as the Pakistan Army wants, because this is his job. And if Imran Khan does not do his job properly, then he will be Dismiss.

Not only in India, but in the whole world, every new thing is opposed.

There is no corner of the world where there is no opposition to any new rules or laws. People take some time to follow that new law. Gradually people start to understand that this law is right for them. People of Jammu Kashmir are thinking that this law is wrong. They say that article 370 is like a bridge that connects India. But you will be surprised to know that the political parties of Jammu and Kashmir have done the job of feeding this sentence in the mind of the public. These political parties are always ready to bathe Jammu Kashmir for their poisonous thinking. 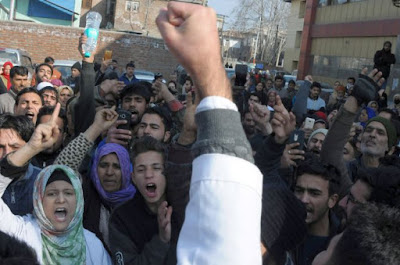 The separatist parties want the people of Jammu and Kashmir to oppose India, which will benefit them.
Today these are all house arrests, due to which these people have started to flicker and fear of going to jail is also in their mind.
The Government of India has already said clearly that the people of Jammu and Kashmir belong to us, but the anti-national parties there are ready to go to jail because now their boss will not come to save them.