BJP won because of opposition parties.

BJP won because of opposition parties 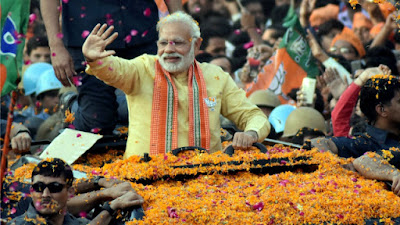 The election festival in our country is now over and the result has come, due to which the world of opposition parties has overturned. To reduce the misery of this necklace has begun to kind of excuse. Some are saying EVMs have been hacked, some are saying that Election Commission was acting on Modi's behest. Well, the sorrow of these people can be understood, so there is no use of commenting on these ideas.

Not a single skilled leader on the floor of opposition parties 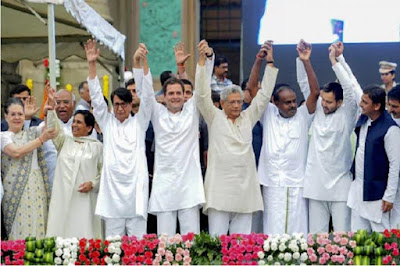 In this Lok Sabha elections, many big political parties came together in the electoral fray. These parties were very confident that the work of the BJP would be done in the Lok Sabha. One thing to think about here is that these parties had a very good vote bank and there was a lack of expectations of victory, so only skilled leaders.


All opposition parties had big names, leaders, all of them read only one story. And you have also read this story. 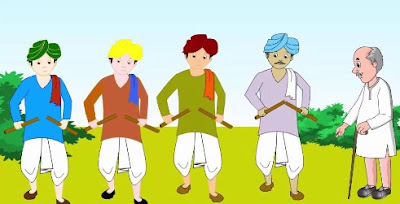 The story is that a father has four sons who never talk to each other and are always fighting each other. The father calls his four sons one day and gives them each wood and asks them to break it. Boys can break the wood easily, then the father tells a bundle of their loggers that they break them, then those boys can not break these bundles, then the father says that if you stay together, no one will beat you .

Our opposition parties tied this knot and got together but they forgot the second story. 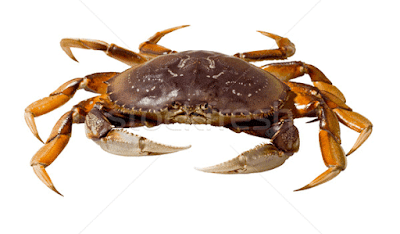 The second story is that some crabs from the river, the pools and the seas in the world were caught in a big hit and it was seen before which crab came out, the crab caught by the river, the crab caught by the pond or Sea-caught crab. But the crabs did not allow anyone to pull out each other's trunk, whoever tried to come out second pulled his leg and knocked it out.

Leaders of our opposition parties are also of similar habit.

The result was to go in favor of the BJP 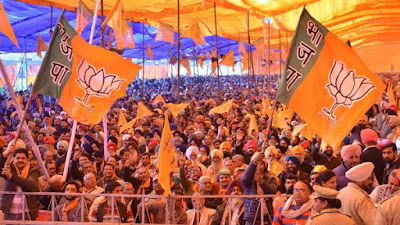 Now there should be no doubt as to why the BJP won. BJP's victory was possible only due to shortcomings of opposition parties. There is no efficient leader, pulling each other's legs, there is no solid basis to say anything.