Home Top Issues Will Rahul make connections with Wayanad by breaking his relationship with Amethi?

Will Rahul make connections with Wayanad by breaking his relationship with Amethi? 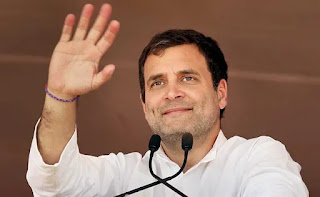 Rahul Gandhi is on Wayanad tour after filing nomination from Wayanad of Kerala. Where he said that I have come here to have an age-old relationship with you guys. Will Rahul Gandhi leave Amethi in such a situation? 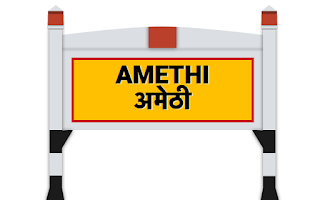 District Amethi of Uttar Pradesh, which is called the Congress stronghold in politics. Congress President Rahul Gandhi started his political innings in Amethi in 2004 and till now has hit a hat-trick of victory from here. The people of Amethi had also proved themselves as if they only recognized the Congress symbol. 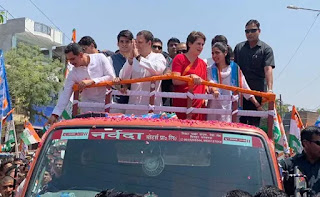 Whatever be the fourth time, Rahul Gandhi again nominated from Amethi. But this time Rahul has filed his nomination from Wayanad seat in Kerala besides Amethi. That is, Rahul Gandhi is contesting from two Lok Sabha seats. In such a situation, it will be a challenge to the Congress president that if he wins from both the seats, which seat will he quit? On one hand, the people of Amethi who have supported the Congress for years, on the other hand Rahul is the newest seat for Wayanad. 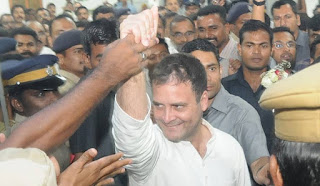 After filing the nomination, Rahul Gandhi, who arrived on the tour of Wayanad, assured that the people here came and said that I (Rahul Gandhi) have come here to play the relationship with you people. Not only this, Rahul Gandhi said that I do not lie like Prime Minister. I have come here to support me for a lifetime. In such a situation, the meaning of Rahul Gandhi's statement is that if Rahul wins both the seats, will Rahul leave Amethi? Will Rahul break the trust of the people of Amethi? It is the same people who saved the honor of the Congress from Amethi even after the Modi wave in 2014. In such a situation, what will be left with Rahul, he will either break the trust of the people of Amethi or save his promise to Wayanad.

Congress lost to Amethi only twice 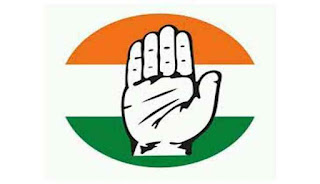 Amethi has been elected to the Lok Sabha 18 times, including elections and by-elections. In which the Congress won 16 times. The Congress had to face defeat for the first time in 1977 by Raghavendra Pratap Singh of Janata Party and secondly in 1998 by Dr. Sanjay Singh of BJP. Whereas in the rest of the elections, members of the Gandhi family continued to win in Parliament by a record number of votes. 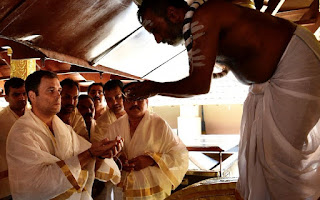 Rahul Gandhi, who arrived on the Wayanad tour, offered prayers at the Thirunelli temple before the rally. Apart from Rahul's political aspect, there are emotional moments in this tour. 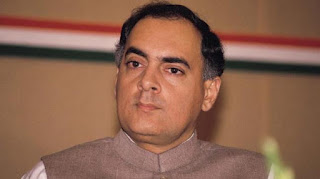 After the death of Rajiv Gandhi in a suicide attack in 1991, the bones of former Prime Minister Rajiv Gandhi were immersed in the Papashini river near this temple.

Rahul, who is contesting Lok Sabha elections from Amethi and Wayanad, will not be easy to leave Amethi if he wins from both the seats. 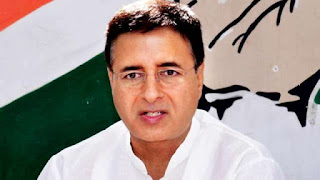 Congress spokesman Randeep Surjewala said in his statement that Rahul Gandhi will not leave Amethi. In such a situation, while addressing the public meeting in Wayanad, what should be done to understand what Rahul had said about maintaining an age-old relationship. In 1980, Indira Gandhi contested from Medak and Rae Bareli in Andhra Pradesh. After winning both the seats, former Prime Minister Indira Gandhi left the Rae Bareli seat, a Congress stronghold. In such a situation, does Rahul Gandhi's statement make the same sense?