Home Somewhat Different Why do people like PUBG so much? 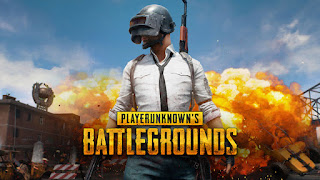 There are a lot of people in the world who play PUBG in their smart phones. So far, this game has been downloaded more than 10 million times and thousands of downloads have been done every day.

After all, what is it that is making people crazy about themselves? PUBG is an action game that people play with the help of internet. People love this game so much that people spend 90 minutes on it. A study has revealed that people's mind is being affected by this game.

People are quick to get angry and sometimes even control their mind.

This 2GB game is played on computers and smart phones, but the number of people who play this game in the phone is 70 million. An 11-year-old boy has filed an appeal in Mumbai High Court to ban the game in India.

This is not the first time in India when a game has caught people in its love trap. Before this, the Blue Whale Game and the Momo Challenge Game were also in the news.